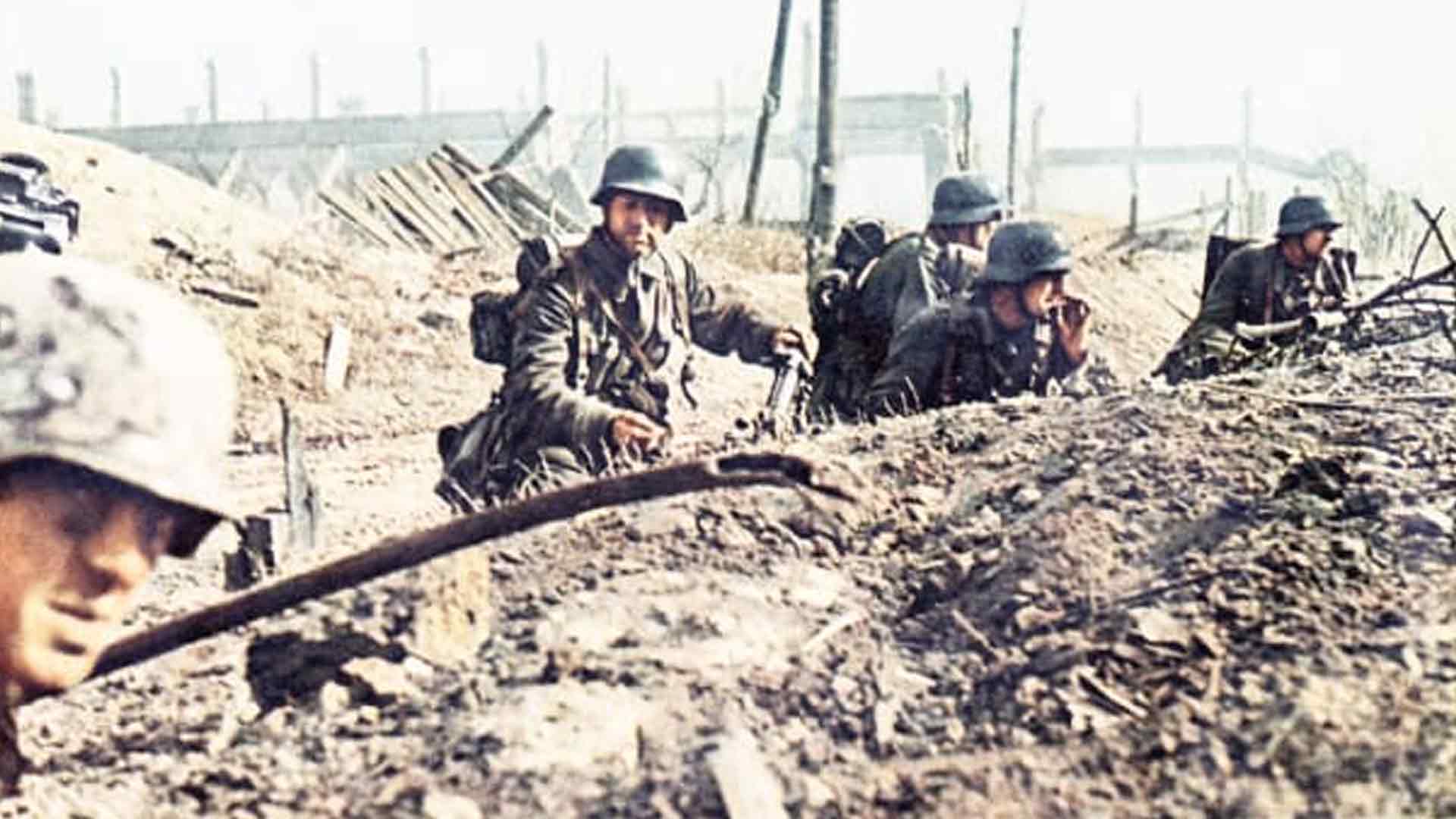 COMING SOON...Stalingrad was one of the most decisive battles on the Eastern Front in the Second World War. The Soviet Union inflicted a catastrophic defeat on the German Army in and around this strategically important city on the Volga river, which bore the name of the Soviet dictator, Josef Stalin.

In the summer of 1942, Hitler launched a major offensive into southern Russia, seeking to destroy what was left of the Soviet Army and ultimately capture the Caucasus oilfields. The initial advance went well, and the German Sixth Army under General Friedrich von Paulus was ordered to capture the city. But Stalin demanded it be defended at all costs. Every available soldier and civilian was mobilised.

Stalingrad was heavily bombed by the Luftwaffe, and the ruins became the scene for months of bitter street fighting. By October most of the city was in German hands, but the Russians clung onto the banks of the Volga, across which they ferried vital reserves.

Meanwhile, Soviet General Georgi Zhukov built up fresh forces either side of the city, and in November launched a massive assault to surround and trap von Paulus’s army. Forbidden to break out by Hitler, the Sixth Army endured until February 1943, when its exhausted remnants surrendered.

The Germans lost a total of 500,000 men during the Stalingrad campaign, including 91,000 taken prisoner.

Prisoners of the Second World War

The War in the Desert

In the summer of 1942, Rommel’s Afrika Korps swept across the Western Desert, sending the Allied forces into full retreat.  Driven back deep into Egypt, Montgomery’s 8th Army dug in along the El Alamein Line, prepared for battle. This factual film portrays the events leading up to and during, one of the greatest battles in the Second World War, the Battle of El Alamein, followed by an overview of the war fought in the deserts of North Africa.

A fascinating documentary analysing the events and political motivations that resulted in the catastrophe that was World War Two.

The War in Europe

Beginning with the construction of Germany’s Siegfried Line or West Wall, this one hour film concentrates on the war fought throughout Europe, initially outlining the German advance up until the fall of France, followed by the allies ‘long road back’, with the final destruction and surrender of Berlin.

France had fallen, only Britain now stood in the way of Nazi Germany's forces

Fighting in the skies with petrol laden aircraft was going to result in heavy demands for plastic surgical treatment for badly burnt pilots and aircrew. To direct the operations came Sir Archibald McIndoe, his patients became known as 'Guinea Pigs' and what transpired over the next few years can only be regarded as one of the most fascinating stories of the war.

Up to 17 per cent of children could have symptoms consistent with fetal alcohol spectrum disorder (FASD) according to new research in Preventative Medicine by the University of Bristol The UK has the fourth highest level of prenatal alcohol use in the world, but no estimates existed from a population-based study on how many people may have FASD Considered to be a relatively ‘hidden disability’ It is thought to be under-diagnosed with only one specialist clinic in England. So What is FASD ? Why do we know so little about it ? Is it preventable ? These questions and more are answered in this new film ‘FASD The Hidden Disability‘

Survival of the Planet Earth

What really happened to the Hindenburg

A collection of the most ‘iconic’ moments in motor racing, from the 1950s through to the 1970s

A collection of the most ‘iconic’ moments in cricket, from the 1950s through to the 1970s

A collection of the most 'iconic' moments inthe golden age of football, from the 1950s through to the 1970s

Hercules C-130J The Next Generation

You must be logged in to add a review.

We use cookies on our website to give you the most relevant experience by remembering your preferences and repeat visits. By clicking “Accept”, you consent to the use of ALL the cookies.
Do not sell my personal information.
Cookie SettingsAccept
Manage consent

This website uses cookies to improve your experience while you navigate through the website. Out of these, the cookies that are categorized as necessary are stored on your browser as they are essential for the working of basic functionalities of the website. We also use third-party cookies that help us analyze and understand how you use this website. These cookies will be stored in your browser only with your consent. You also have the option to opt-out of these cookies. But opting out of some of these cookies may affect your browsing experience.
Necessary Always Enabled
Necessary cookies are absolutely essential for the website to function properly. These cookies ensure basic functionalities and security features of the website, anonymously.
Functional
Functional cookies help to perform certain functionalities like sharing the content of the website on social media platforms, collect feedbacks, and other third-party features.
Performance
Performance cookies are used to understand and analyze the key performance indexes of the website which helps in delivering a better user experience for the visitors.
Analytics
Analytical cookies are used to understand how visitors interact with the website. These cookies help provide information on metrics the number of visitors, bounce rate, traffic source, etc.
Advertisement
Advertisement cookies are used to provide visitors with relevant ads and marketing campaigns. These cookies track visitors across websites and collect information to provide customized ads.
Others
Other uncategorized cookies are those that are being analyzed and have not been classified into a category as yet.
SAVE & ACCEPT
Powered by